Tino Passante has been at the helm of the world’s premiere recording facility, Avatar Studios, since 1996, named General Manager in 2000 and Vice President of Operations in 2011. He began his career at the facility in 1995, when it was still PowerStation, working under founder Tony Bongiovi, and renowned Studio Manager Zoe Thrall.

In his 22 years at the world class studio, he has seen it all and worked with the biggest names in the industry. From legends like Paul McCartney, Tony Bennett, Dave Brubeck, Sonny Rollins, Roberta Flack, Allen Toussaint, to contemporary artists like Bruno Mars, Lady Gaga, Charlie Puth, Jennifer Lopez, Harry Connick Jr, John Mayer, The Strokes, Kings Of Leon, Norah Jones to rock icons like Aerosmith, Journey, Bruce Springsteen, David Bowie, Bon Jovi, Sting and many, many more. Passante has delivered the highest level of service and set the bar by which all other studios are measured. The studio had over 500 certified Gold and Platinum albums to its credit, and over a dozen Grammy nominated works each year!

The sustained level of success and growth of the studio under Passante’s tenure, in a volatile time in the music recording industry, is unprecedented. While studios closed all over Manhattan, Avatar thrived under Tino’s unwavering leadership. In addition to being the top choice for elite recording artists, it became the top choice for New York City’s booming Broadway community. Some of the biggest Broadway shows chose Avatar for their cast album recordings, including the biggest of all time “Hamilton”. “We had more Tony Award-winning projects than I can name”, says Tino. It had just as much to do with the people as it did with the rooms. “We were experts in these types of sessions, which often entailed tieing 2 rooms together with audio and video. The clients came to trust me and my staff implicitly with these complex and very expensive recording dates” he claims, “it got to the point where they refused to go anywhere else and would fix their recording dates, which usually involved 50-60 people, around our availability!” Film and Television sessions also increased dramatically. Tino positioned the facility as the go-to place for mission-critical, large scale recording sessions. Major film and TV clients like Disney, Pixar, Warner Bros Films, Twentieth Century Fox, Lion’s Gate, DreamWorks, HBO, Netflix, Amazon, and many others, came to rely on the top tier service provided, whether it was music for 5 seasons of “Boardwalk Empire”, music and dialogue for “Frozen”, or the score for 2016 Oscar Winner “Moonlight”. Word on the street, as told by clients, was “call Tino”.

In recent months after the sale of the studio, Tino has continued to get the call, coordinating recordings for the likes of Paul McCartney, Spike Lee, Lang Lang, rock band The Dead Daisies, Jimmy Buffett’s musical Escape To Margaritaville. His relationships with NY recording studios, venues, musicians, producers and engineers, run very deep. His impact on the recording scene will be felt for a long time as so many engineers that he once hired as bright-eyed interns have found their way in all areas of the audio industry all over the US and abroad. 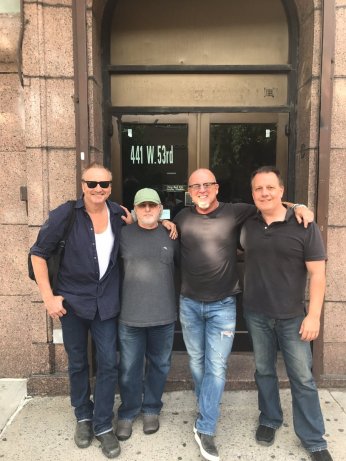 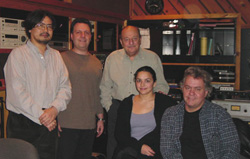 No recording project is too big and none are too small. All sessions are treated with the utmost care. 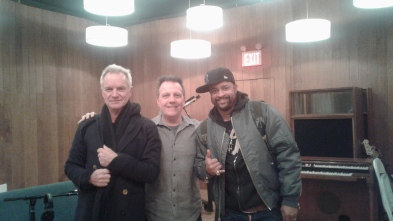